You are here: Home / Runners Life / Is It Better To Be Flexible or Stiff?

Is It Better To Be Flexible or Stiff? 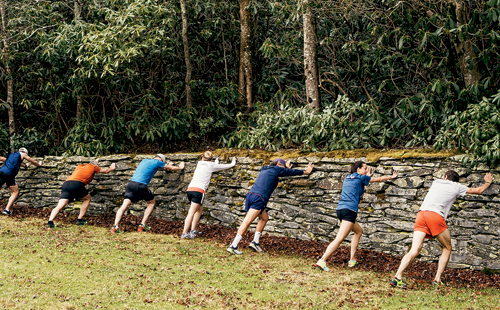 Flexibility is a hot-button topic for runners. We used to think it was always better to be more flexible. In recent years there’s been a pendulum swing, with evidence that stiffer runners (as measured by a sit-and-reach test) have better running economy, and pre-run stretching makes you slower. The idea is that the muscles and tendons in our legs act like springs, storing and releasing energy with each stride, and a tightly coiled spring can store more energy.

That’s a nice theory, but it would be a mistake to think that the issue is settled. There are lots of different muscles and tendons in the legs, each with different roles, which are affected in varying ways by the demands of running. A couple of recent studies by University of Tokyo researcher Keitaro Kubo and his colleagues illustrate just how complicated the issue is.

Statistical analysis suggests the faster runners tend to have stiffer knee extensors and less stiff plantar flexors – the opposite of what some previous studies have suggested, in the latter case. This is by far the biggest data set looking at this question, so the results are worth taking seriously, although there’s plenty of scatter in the data. read the rest of this article…..