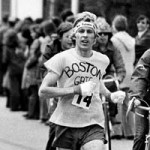 10 Great Moments from the Last 40 Years of the Boston Marathon Like a lot of runners, we look forward to the elite races at the Boston Marathon every year. But over time, some years stand out more than others, sometimes because the race itself was thrilling, sometimes because of a singular performance, and sometimes because of how a given race later became obvious as a seminal event. What's your favorite detail from the first of Bill Rodgers' four Boston wins? The shirt he pulled from a trash can and hand lettered with his club's name? The new shoes that he wore, a promo sample from an upstart company called Nike that were sent to him by Steve … END_OF_DOCUMENT_TOKEN_TO_BE_REPLACED 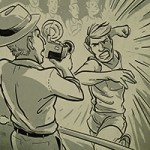 Everything We Know About Running Was Discovered in 1937 The most prolific winner in Boston Marathon history was also its most prescient. Clarence DeMar, who won Boston seven times between 1911 and 1930, was a self-coached but systematic and inquisitive runner. In April 1937, DeMar—who also won a bronze medal in the 1924 Olympic marathon—espoused his views in a memoir titled Marathon. Written long before a participatory running culture in the United States existed—“How does it feel to run a marathon?” is the title of one chapter—Marathon is aimed at the 1930s reading public, to whom the idea of running 26.2 miles was akin to flying an airplane … END_OF_DOCUMENT_TOKEN_TO_BE_REPLACED