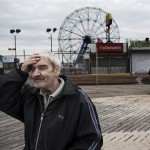 When the Soviet nuclear warning system showed a U.S. missile strike, he just waited and saved the world This is Lt. Col. Stanislav Petrov, who, at the height of the Cold War in the 1980s, was in charge of the Soviet Union’s nuclear missile early warning system. As reporters who have tracked him down testify, he will often shout at visitors to go away, or — at best — grudgingly admit: “I was just in the right place at the right time.” That he most certainly was. On the night of Sept. 26, 1983, Petrov was on duty at Serpukhov-15, a secret command station south of Moscow. His job was to analyze satellite data that would detect a pre-emptive … END_OF_DOCUMENT_TOKEN_TO_BE_REPLACED