You are here: Home / Life and Stuff / The Hidden Meaning Behind These 10 Classic Fantasy Films

The Hidden Meaning Behind These 10 Classic Fantasy Films 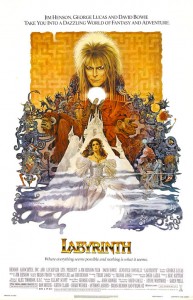 Fantasy and sci/fi films in particular tend to evoke the affectionate feeling of nostalgia, as well as whimsy, because of the fantastical dreamscapes and imagery they contain. Analyzing the deeper subliminal messages encoded within these films, we find there may be a “hidden hand” at work that intentionally orchestrated esoteric subplots whose roots can be found in ancient hermetic teaching/mystery school tradition.

Jim Henson and George Lucas’ Labyrinth hearkens back to the labyrinth of classical mythology, as well as relating to the perennial journey of the hero on his quest to the underworld. One can see how the transference of the earthen labyrinth and abyss-like waterways can be read as an allegory of the unconscious mind, the underworld of Hades and death, as well as being associated with the worlds in which we enter in our dream state. This astral realm, intimately connected to the realm of the subconscious, is the wellspring from which the archetypes of experience spring, corresponding to the archetypal forms in the outer world of phenomenal experience, as we will see below.

Upon entering the labyrinth, Sarah learns quickly that things are not as they appear – fairies bite, not bless. Doors are not where they appear and missing where they should be. In the medieval world, labyrinths were a symbol of making our way though this wayward world to heaven. In Jung, the Labyrinth is also an image of the individual’s unconscious psyche. We will see Sarah fall several times in the film, deeper and deeper into the labyrinth. In “The Process of Individuation” by M.L. von Franz in Carl Jung’s Man and His Symbols, the author explains of the meaning of the labyrinth as subconscious: read the rest of this article…..