You are here: Home / Runners Life / Tips for Running in Humidity

Tips for Running in Humidity 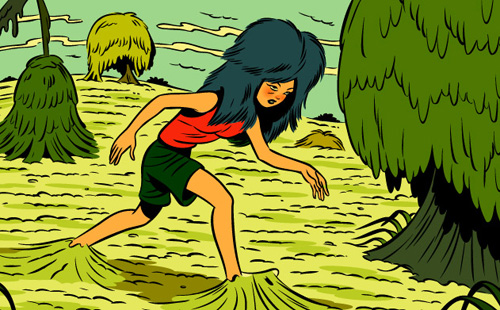 By Liz Plosser; Image by Mark Matcho Published July 10, 2013 Runners often obsess over weather reports, tracking the coolest time of day in which to run.

But as anyone who’s ever tried to finish a five-miler in steamy conditions knows, it’s not just the temperature that matters, it’s the humidity.”Of all the climate measurements we take to assess heat risk for our runners, humidity is the biggest factor,” says George Chiampas, D.O., the medical director of the Chicago Marathon.

Humidity makes warm summer runs even more taxing because the higher the moisture content of the air, the hotter it feels.

An 88-degree day with a relative humidity just under 40 percent, for example, will feel like 88 degrees.

Hot, yes, but when humidity reaches 70 percent, that same 88 temperature feels like 100 degrees.Unless you’re lucky enough to live in Paradise, Nevada—the least humid city in the U.S.—here’s how to cope when running in steamy conditions.Why Humidity MattersWhen you run, your core body temperature naturally rises, and your sweat glands produce droplets that carry excess heat to the surface of the skin, where it evaporates. read the rest of this article…..